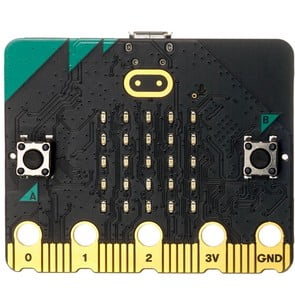 by Chris @ BCR
No comments

The BBC micro:bit is getting an upgrade! Today a new version of the micro:bit has been announced – while it is the same size, and fits all the same accessories, it packs a couple new features!

The micro:bit now has the ability to record and play sounds without any external accessories. A tiny built in speaker and microphone have been added right to the board. So you always know when it is recording, there is an LED indicator as well. It also features two improvements to the power system: A built-in sleep / off mode means the board can be powered down without removing the batteries and a beefier regulator means the board can now supply up to 200mA to external accessories. Finally, the logo has been converted to a touch sensitive pad and can be used as a third button input. Most important though, all of your code, instructions and guides will still work with the new version!

The new BBC micro:bit features a built in speaker, microphone, and more!